History The Department of Business Development

History The Department of Business Development 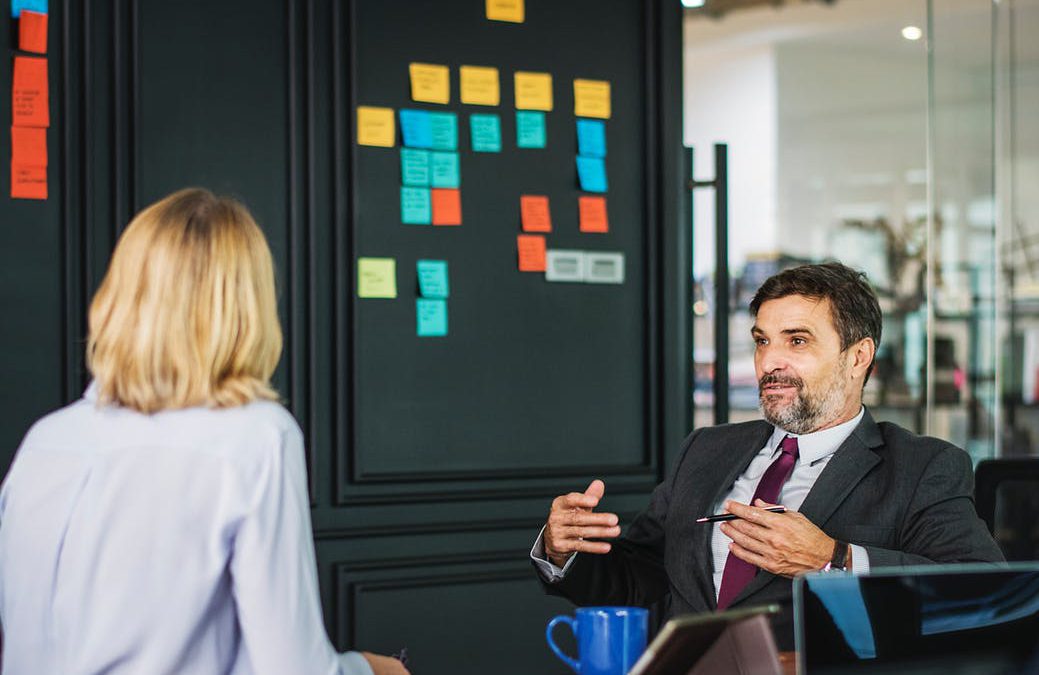 The Department of Business Development is the department that changed its name from the Department of Commercial Registration according to the reengineering effective from 3 October 2002 as enacted in the Organization of State Administration Act (Fifth Amendment) B.E. 2545 and the Act Amending Ministry, Sub-Ministry and Department B.E.2545.

Regarding the outcome of such reengineering, in addition to the change of “Department of Commercial Registration” to “Department of Business Development”,
the department has improved its roles, missions, and organization structure starting from transferring measurement unit to report to Department of Internal Trade, Ministry of Commerce and transferring fuel jobs to Department of Energy Business, Ministry of Energy.At the same time, the Department has received business development and promotion duties,the registration duties, and the promotion of trade association and chamber from Department of Internal Trade and new duties, namely,service and e-commerce business promotion, to perform with the original duties, namely, business registrationduties, business supervision, and business services.

History of Departmaent of Commercial Registration

When the Department of Commercial Registration was firstly established, the duties of responsibilities of the department during that time are the maintenance of measurement, and the commercial registration.Originally, the measurement and the commercial registration duties, namely, company partnership, insurance, trademark,and patent, are under the responsibilities of other Ministries, Sub-ministries, and departments and we can summarize the history as follows :

Regarding the measurement duties in the past, Thailand applied measurement system from many countries such such as from Thailand itself, from China, and from other western countries, deemed as appropriate or convenient. In addition, in an item, there are many rates or scale so using method of measurement with different rates or scales obstructs the prosperity of trading. His Majesty the King Chulalongkorn initiated to set therules for measurement as the evidence and since the measurement is related to trading so it should be the Ministry of Agriculture and Commerce’s duties to set the rules. In this issues, Chao Phraya Surasak Montri proposedthe metric approach as the basis in B.E.2440 but it was not successful.

When Chao Phraya Thewetwongsewiwat was the Minster of Agriculture, he recovered only the measurement (Tuang) for consideration since Siam had the rice products that need to be measured so he drafted the Rate, Bucket, and Tanan Act B.E.2443 and proposed to the King. However,other Ministers thought that when the Act was drafted, other types of measurement shall be added. Rolin Jacmingnes, the Advisor, and Mr. Chlesser, Legal Advisor newly drafted the Tuang and Wad Act B.E.2443 to use the Metric Approach.In addition, His Majesty the King set up the committee in B.E.2445 to consider which types of measurement machine shall be used as the standard and the Committee proposed the report to the King in B.E.2448 to use the Metric Approach but such issues were pending again.

The measurement law issued in B.E.2466 was the new issue that people had never got used to since the metric approach is the new approach. Therefore, the Department of Commercial Registration prepared the advertising so Thai people learnt metric approach via radio broadcasting. The Department regularly wrote the article via radio broadcasting twice a month and persuaded merchants and people who already had and used the measurement machine in the metric approach can used such machine to ask for certificate. The merchant who aimed to trade via measurement machine in metric approach can ask for license as the person who make, order, repair, or sell the measurement and weight machine. In B.E.2452, the Ministry of Agriculture contacted the International Bureau of Weights and Measures to apply for the member in the international agreement regarding weight and measures in metric approach. Chao Phraya Wongsanupraphan, the Minister, prepared the letter to His Majesty the King Vajiravudh that Siam should participate in the international agreement regarding weight and measures in metric approach so the King assigned the Minister of Interior, Minister of Finance, Ministry of Metropolis to meet and brainstorm this issue again. The meeting proposed the opinion to the King in B.E. 2445 that we should accept the metric approach and the Ministry of Agriculture informed the intention to the International Bureau of Weights and Measures in France andSiam was the member in B.E.2455 when His Royal Highness Prince Raphipat was the Minister When the Commercial Council was established, the weight and measurement duties were transferred to the Commercial Council in B.E.2463 and His Majesty the King ordered to issue the Weight and Measurement Act on 17 December B.E.2465. After issuance such Act for one month, His Majesty the King ordered to establish the Department of Commercial Registration on 16 January B.E.2466 (April is counted as the first month of the year).

2. Insurancehas been the pioneer in insurance for a long time. However, in Thailand, it started in His Majesty the King Rama IV Era namely, at that time, Thailand conduct various trading transactions with foreigners. Therefore, many foreigners entered Thailand to set up many stores and some of such stores were the agent of foreign insurance companies that conduct the marine insurance business and fire insurance. In King Rama V Era, the insurance operations were still the same as in King Rama IV Era, namely, the stores were the insurance agent and it can be stated that at that time, there were no direct insurance businesses in Thailand, except the Siam-Chinese Ship Company that obtained the special power in operating the marine insurance and fire insurance. However, the insurance that started in King Rama IV Era and nobody paid much attention to such insurance business like now shall be viewed that it has occurred for more than 60 years ago starting from fire insurance, marine insurance to life insurance. However, for other types of insurance such as car insurance, it has also occurred for a long time too such as Siam Import Store (previously, Kerr and co.) was the agent of Motor Union Car Insurance Company. Needless to say, various types of insurance are not new to Thailand and the insurance duties are under the responsibilities of the Department of Commercial Registration until B.E.2511 and such duties were transferred to the Office of the Permanent Secretary of Ministry of Economic Affairs and in B.E.2522, the Insurance Office was upgraded to the “Department” and in B.E.2533, it has been renamed to “Department of Insurance”.

3. TrademarkIt is related to industry more than others. Previously, Thailand did not have many industry issues and such issues were important when western countries came to conduct trading businesses in King Rama IV Era. In B.E.2453, the Government started the trademark businesses, namely, establishing “The trademark Registration Unit” in the Ministry of Agriculture and issued the Law on Trademarks and Trade Names of B.E.2457. The duties at that time were obtaining the request and registering only without doing any other duties further. In B.E.2466, when the Department of Commercial Registration was established and the trademark duties were transferred to the Department of Commercial Registration but the department still performed only the registration until B.E.2474, the new law called “Trademark Act B.E.2474″ has been completely registered.

4. PatentThere were not many patent issues in Thailand since in the past, Thailand was an agricultural country, not industrial country so there were no machinery and engine invented in Thailand like other industrial countries. Actually, Thailand had some invented items such as loom and windmill. However, such items are used in-house and are viewed as tradition. They are also household utensils, not for trading. In King Rama IV Era, more foreigners came to Thailand and established stores, pier, and mills.The invention foreigners brought into Thailand had already been under patent but they were not invented in Thailand.In King Rama V Era, His Majesty the King thought that Thailand should issue the law to protect inventor and designer like other countries so the first Patent law was drafted in B.E. 2468 when Phra Komarakul Montri was the Director of Commercial Registration and after the draft, there were no further actions. In King Rama VII Era, about B.E.2472, the King initiated to issue the law to protect the invention and appointed the committee for drafting consisting of M.C. Thongchuathammachart Thongtham, the Director of Commercial Registration Department and Mr. Martin, the Director of UK Patent Office to draft the Law on Patents and Designs and the draft was proposed to HRH Prince Kampanengpetch, the Minister of Ministry of Commerce and Transport, and in the same year, M.C. Thongchuathammachart Thongtham attended the business visit regarding the patent management in UK but such draft was not be completely considered again. After changing the regime in B.E.247, every government considered the patent law but it was suspended until General Kriengsak Chamanun was the Prime Minister and the Patent Act B.E.2521 was issued on 25 December B.E.2521. In B.E.2535, the patent and trademark duties under the Department of Commercial Registration, and the copyright duties under the Department of Fine Arts, Ministry of Education were transferred to the”Department of Intellectual Capital” on 3 May B.E.2535. Since the Department of Commercial Registration has been established in B.E.2466, the department has been expanded and adjusted many times in order to be proper with the additional mission and duties. The latest change was that the name of the department has been changed to “Department of Business Development” in B.E.2545 and the highest executives of the department have been all the directors with the name as follows: